It’s Real Folks. 1 Horrifying Example Of Hateration At The Office

Let’s say you work for one of the big communications companies in the U.S. You’re one of thousands of hard-working professionals keeping dial tones humming and great throughput on connections to the cloud for millions of customers every day. But when you go in the office one day this is what greets you: 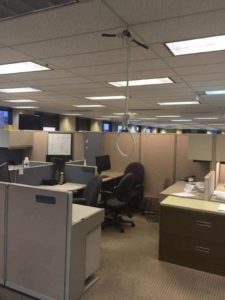 Unless you’ve been hanging out under a rock for the past year, the climate in our country is getting a little heated. And I don’t just mean the temperature. Naw, walking into your cubicle and seeing a dang noose hanging from the drop ceiling is more than a bit scary.

Yet, this is exactly what happened a couple of weeks ago at an AT&T office building in downtown St. Louis. It turns out it was an office of contractors from Ericcson. The company blamed it on an “international contractor” who didn’t understand the “disturbing racial and cultural implications a noose has here in the US.”

That response makes me think, “really?!” Excuse me, but anyone from any country who has been living in the US for the past year would be aware of the cultural implications of a noose or a host of other racist symbols.This happened in St Louis. Anyone familiar with Ferguson, MO? I don’t believe for one moment that someone who lives in region of the country that has been a hotbed of racial tension for months was unaware of the implication of hanging a noose in a coworker’s cubicle. Someone who thinks it’s okay to play this type of joke at the job has issues.

I am glad to know the person was fired. That was the right thing to do. At a minimum, this was another disturbing example of the absence of consideration and tolerance in US workplaces. Your thoughts? 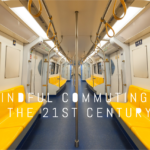 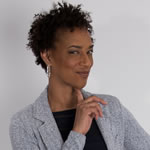